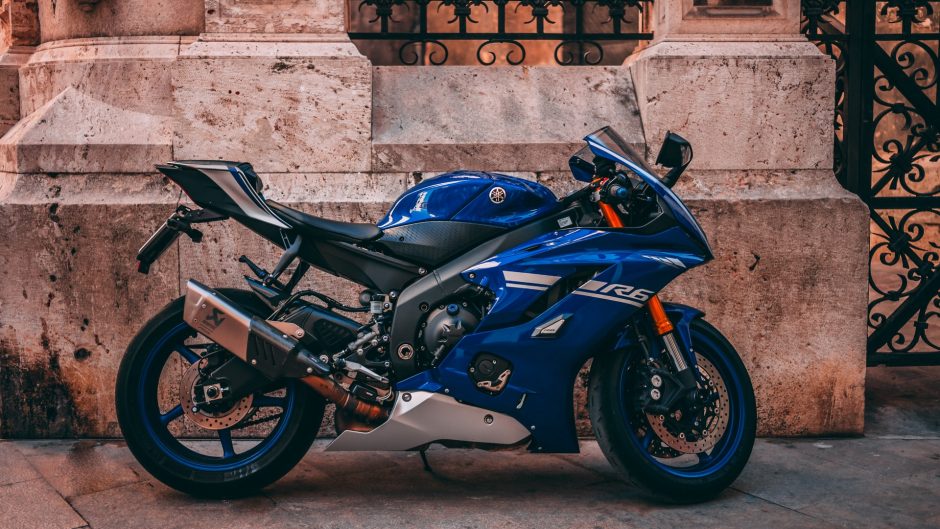 Every rider has a reason behind it. Some would say they do so to get away, others to enjoy the tranquility the breeze offers while others enjoy the feeling of freedom riding brings. The reasons might be personal to some extent, regardless, you still love to ride. In case you’re thinking of a motorcycle brand to buy, one that will give you more than what you wanted, check out this list of five amazing brands, and surely you won’t be disappointed.
1. BMW
The BMW motorcycles are of different types. From the Sport. M 1000 RR to Roadster. R 1250 R to Heritage. R 18 Classic and to the R 1250 GS Adventure. Over time, they have proven to be durable and very reliable. They have one of the most peculiar designs among two-wheeled motors on the planet as they have had a clear head start when it comes to supremacy in the motorcycle label.

Because of their dominant nature, they have been used to act in Hollywood films such as the James Bond film that features the BMW R1200C. These motorcycles also participate in the Superbike World Championship and the Dakar rally (racing in cruel weather and landscape), where the BMW Motorrad has won 6 Dakar rally trophies. Through this, they have proven to have a solid engine which makes them the best global motorcycle brand ever.
2. Ducati
This company was established by Antonio Ducati and his sons in 1926. At first, their aim was to produce vacuum tubes, condensers, and other radio components. But over the years, the company has grown to be a prestigious motorcycle brand. Ducati motorcycles come from Ferrari’s competitor, Lamborghini, and are also shielded by the Audi organization. Currently, they produce a diversity of motorcycles that include Supersport, Superbike, Scrambler, Diavel, Multistrada, and the Hypermotard which have their own personality.

Ducati’s racing excellence is absolutely flawless as they have emerged top in the Superbike World Championship with 14 riders. This brand has also performed best in the Formula TT, British Superbike Championship, and the FIM Superstock 1000 Cup.
3. Kawasaki
Kawasaki Motors is part of a multinational corporation company, The Kawasaki Heavy Industries, that was established in 1896 and is very diverse. In 1949, Kawasaki industries separated their motorcycle division to form the KHI Motorcycle and Engine Division. So far, this brand has won 4 crowns in the 350cc class of the MotoGP and 4 others in Moto2. In addition, this brand has been successful in the Endurance and Superbike World Championships. Kawasaki manufactures sporty performance motorbikes like the Ninja ZX-series, well known for its low weight, ultra-narrow chassis, and radial brakes. Kawasaki motors are the best especially for a person who is passionate about racing.
4. Honda
Honda, best known for automobiles, is among the largest automobile manufactures in the world. Over the years, it has grown and created a name for itself. It produced its first motorcycle, the D-Type, in 1949, and 9 years later after a series of mass production, claimed the world’s largest motorcycle manufacturer title.

In the 1980s, this company would manufacture at least 3 million bikes every year, evidence of how in-demand they were. Though in 2006, their production decreased to 500,000 units, they still produce higher than other Japanese brands. Just like their cars, their motorcycles come with sensitive, receptive handling as it assures you of a comfortable ride. They might be pricey than Suzuki and Yamaha, but they most definitely have value past their price tags.
5. Yamaha
Yamaha is one of the oldest automobile brands as it has been around since 1887. Its motorcycle department became independent in 1955 as the Yamaha Motor Company. These motorcycles are well known for their athletic features. To date, it is among the world’s best motorcycle brands as it has won 14 MotoGP Constructors World Championship and another 14 in the second series.

Having Genichi Kawakami as the steer, Yamaha motors launched 125 cc YA-1, a world-class and more furnished motorcycle that has passed the test of awesomeness and paved the way for entry into international racing competitions. From their affordable offers, you could get the kind of motorcycle you desire to have.
Conclusion
Get to explore the different brands of motorcycles there are for you to select the perfect one. Buy one that fits your budget and requirements then be sure to enjoy your ride for the longest possible time.